MRS. BAACK'S ART ROOM
8th: The King's Sandwich
YOUR SANDWICH CHALLENGE:
Project yourself back in time to the Medieval period.  There, you find yourself in the service of a powerful king.  The king has heard from a passing knight about the attributes of a new gastronomic novelty  known as a “sandwich.”  His curiosity aroused, the king decides that he must sample one of these sandwiches for himself.  He summons together the members of his court (you!) and commands each to design a sandwich for him.  The most appealing of these will be prepared by the royal chef and served to the king.  Knowing little about sandwiches or their appearance, the king’s only specifications are based upon the few clues offered by the passing knight.  As a results, he commands that the sandwiches must include two slices of bread and no less than six different ingredients.  Acting as members of the king’s court, you are thus charged with designing a sandwich “fit for a king.”

When you have your piece drawn, titled, and each layer labeled, you will color it using colored pencils and the "pushing color" technique.
​ 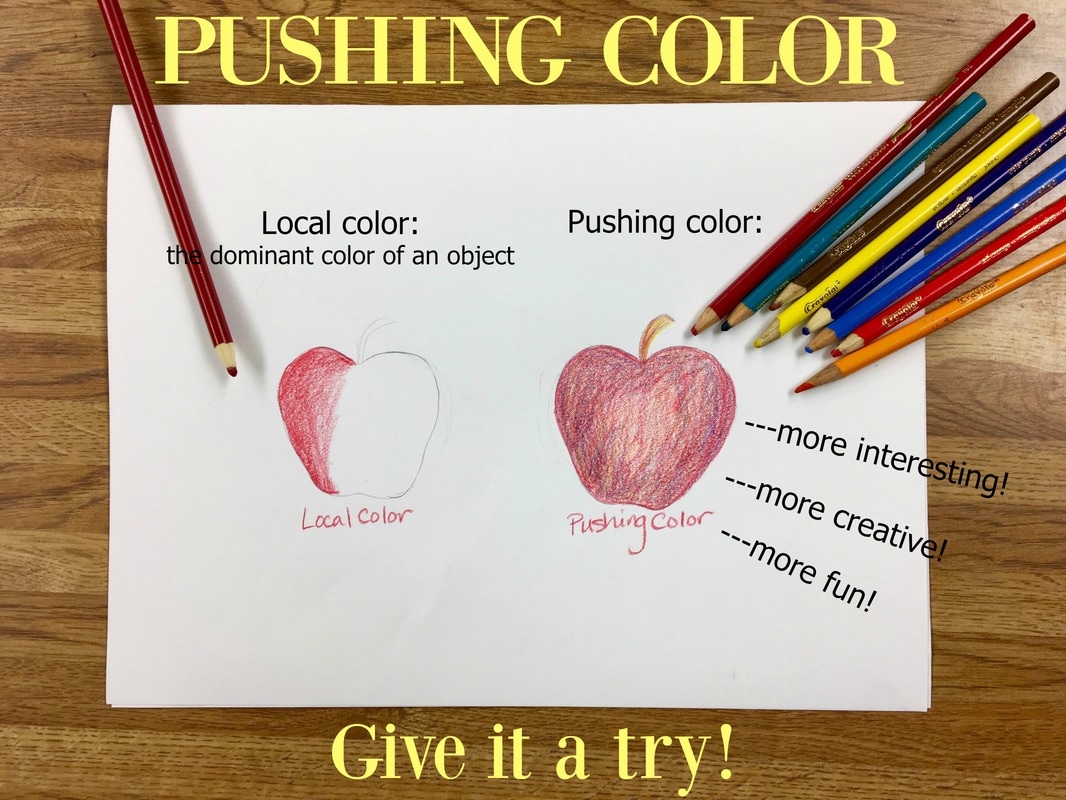